Tributes to Pioneer Scholas who passed

Jack Rockart, who passed away recently, was one of the nicest people who I ever knew. In all of the years that I knew him and worked with him, I never saw him exhibit the faintest trace of meanness, excess personal ambition, greed or any of the other deadly sins. He was always ready to have a laugh and always willing to offer serious advice and help.

He was the first person who I phoned when I wanted to know what the IS field’s leaders thought about the idea of starting a new professional society (AIS). I viewed him as the wisest of the wise old men of the IS field (there were no women that I knew of in the field then). He immediately said that it was a good idea, long overdue and encouraged me to be the one to lead the effort. “Just ask and I’ll give you any help that I can,” he said.

I particularly remember one incident that I had with him: Jack invited me to attend a meeting that was held at an IBM-owned mansion near New York City. All attendees were housed in the mansion and when I got to my assigned room, which was on the top floor, I noticed that the room’s walls and ceiling were connected by a sloped surface that all Georgian-manor top-floor rooms have. I was sure the room was no different in any other respect than all the other rooms, but I decided to use that room characteristic to tease Jack.

So, when we went down for dinner, I thanked him for inviting me but said that I had expected a better room. He was puzzled, so I said , “My room is in the attic, it’s barely finished and I repeatedly bump my head on the ceiling!” He quickly got the joke and said something like, “That’s the best that someone from Pittsburgh can expect.”

Over the next year or so, each time that I saw him at a meeting, I would tell all who would listen about the bad room that Jack had given me and he would say that I deserved no more. After a while, we developed a little comedy routine that we enjoyed, although I’m not sure how much others did.

That was the year that we hosted ICIS in Pittsburgh and as the chair, I got to know the hotel people pretty well, so as the first day of the meeting approached, I got the manager to put in his reservation file that when he checked in, he was to be told that there had been a mix up and that the only available room was in the basement near the boiler room. The manager was really reluctant to do this, but when I reminded him that I was the one who would be approving payment of our hotel invoice and assured him that Jack could take a joke and wouldn’t sue the hotel, he agreed to do it.

Of course, I wasn’t there to see it, but the hotel front-desk people told me that when he was told about his room, he did a double-take and then quickly said, ” Oh, I see.That damn King is up to his old tricks again.” 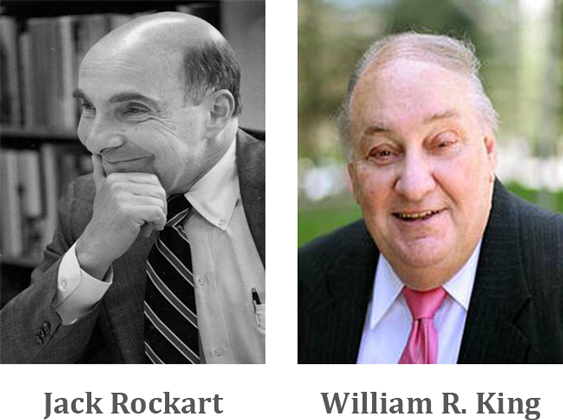 Gerardine DeSanctis (Ph.D., Texas Tech University) was born on January 5, 1954 and died August 16, 2005. She was the Thomas F. Keller Professor of Business Administration at Duke University. Her research focused on learning in distributed teams and online communities. She has held Visiting Professor appointments on the Faculteit der Wiskunde en Informatica, Technische Universiteit Delft (The Netherlands), Erasmus University (The Netherlands), and INSEAD (in France and Singapore). She has been affiliated with the following editorial boards: Information Systems Research, MIS Quarterly, Management Science, Organization Science, and the Journal of Organizational Behavior. She regularly taught in Duke’s Global Executive MBA Program. 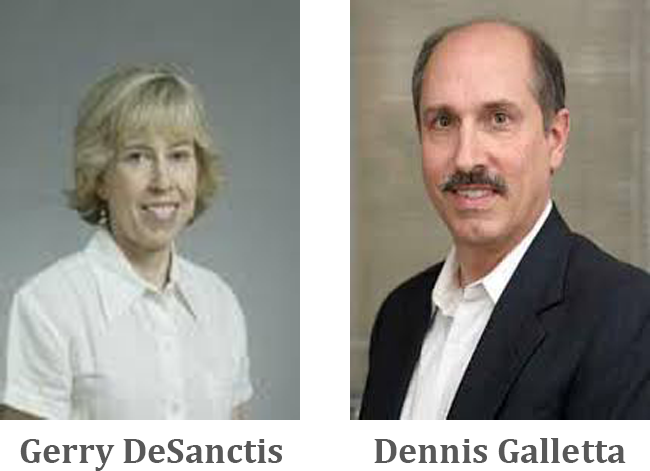